Legal technology and its impact on the access to justice, society, and the legal industry

The significance of legal technologies has increased in recent years. In addition to traditional areas such as legal research, document management, or office and court administration, a number of new applications and innovative solutions have emerged. These include online dispute resolution systems, legal analysis systems based on natural language processing, or legal prediction software. These systems already often use artificial intelligence (technologies based on machine learning), which also raises a number of ethical issues. At the same time, more and more people are starting to talk about the social implications of legaltech.

The conference seeks to bring together the international legaltech community and discuss current issues in legal technologies across three topics in twenty presentations. The three panels are: 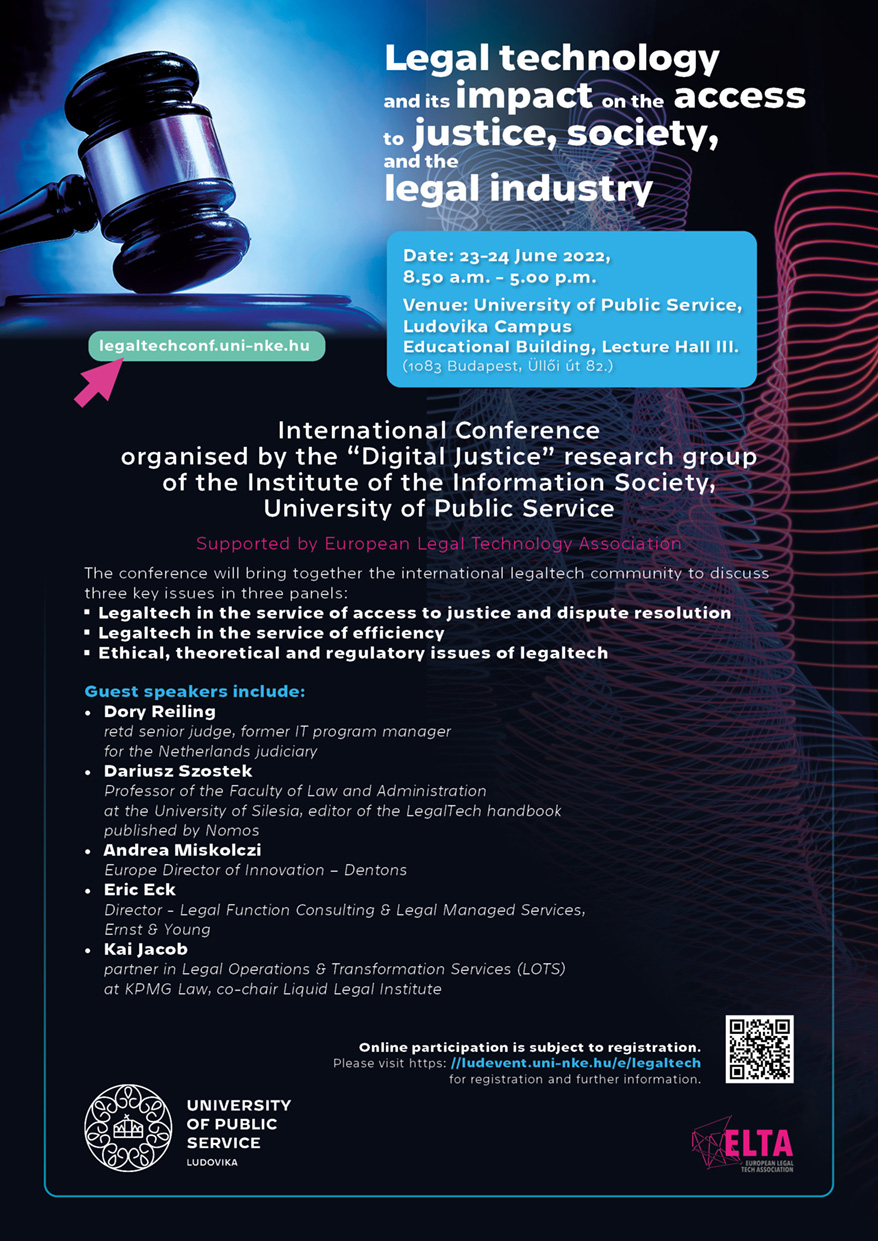